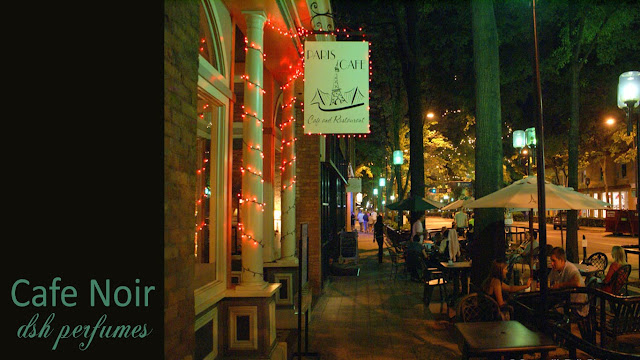 I've never been to Paris. It goes to follow that I've never been in a Parisian cafe, had a coffee in France, or people-watched along a cobblestone French street. Perfumer Dawn Spencer Hurwitz, fondly known as DSH by her millions of fans, created a perfume that almost makes me feel like I've have, though.

The first time I sampled Cafe Noir, part of DSH's line Parfums des Beaux Arts, I mostly picked up the coffee note. It's the note most often used to describe this perfume. I think that's selling this scent short!

Sure, there's a beautiful coffee note present, but that's not all! Let's talk about the coffee, though, for a minute. Where New Haarlem (Bond No.9)  was a bracing double-shot in a styrofoam cup, Cafe Noir is richer, softer coffee in a cup and saucer. The barista sprinkled some cinnamon in it, a spicy-sweet twist.


"A Paris night... Dark and sophisticated,
it evokes late concerts in smoke-filled rooms...
sipping coffee and listening to jazz."
-DSH

Once the nose acclimates to the steaming coffee and delicate spice, it's free to venture further. With the cinnamon coffee always present, a sexy floral blend wafts in. Jasmine and rose dance softly but distinctly, reminding me a bit of twin snakes of smoke and steam spiraling upwards from lit cigarettes and hot mugs.

Labdanum, a note I'm learning more about (and love), is probably what's responsible for the somewhat creamy, ambery facet to this perfume. It's the slightest bit like warm skin kissed by smoke.

Cafe Noir is not a perfume that follows the typical pyramid evolution (top-> heart-> base). On me, it's like those smoke tendrils, snaking and myserious, allowing brief glimpses of this and that. It's not a difficult scent, but it refuses to sit still and be defined simply.[1]

I suppose this perfume falls under the gourmand umbrella, but to me Cafe Noir isn't a foody scent. As I said, I think limiting your view of this scent by focusing on the spiced coffee aspect is selling it short. To me, it's just as much about the florals and the amber.

In my opinion, Cafe Noir is unisex and nearly universally appropriate to wear, though it certainly would smolder at night! It draws you in for a whispered conversation and while some people consider it dark, I see it more as candlelit. But Cafe Noir is not just for night, in my opinion; it's my new favorite comfort scent.

Cafe Noir is cozy. It's romantic. It's sexy. It's most certainly beautiful... kind of like Paris (or so I understand). 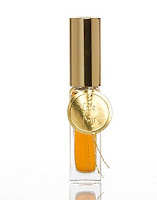 Do you have a comfort scent? 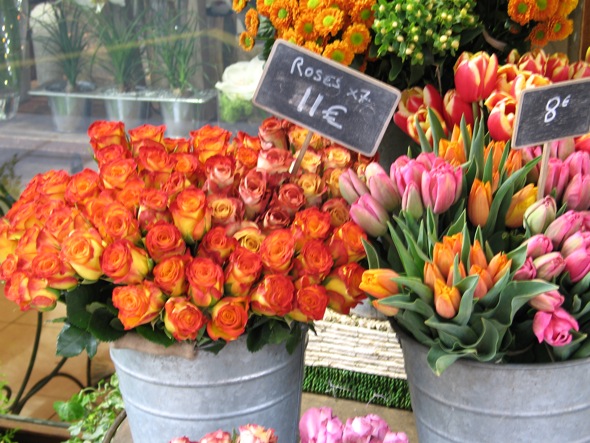 [1] Although there's a tiny smoky hint to this perfume and I'm using smoke as imagery, I don't detect any toboacco or incense or cigarette-type note here.