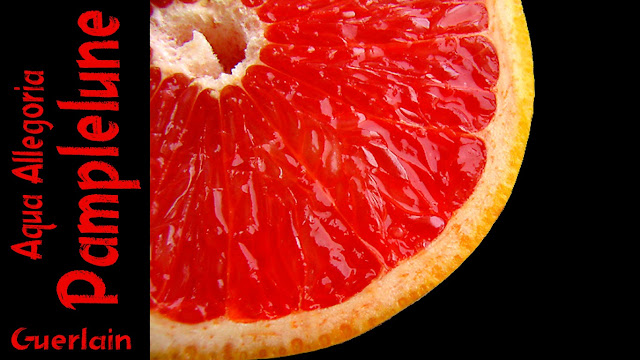 I do not want to smell like a grapefruit.

In fact, I do not want to eat a grapefruit. I think they are evil. A twisted joke on the tastebuds.

Why on earth would anyone want to smell like a grapefruit?

When I went back to Sephora to purchase my Figue-Iris, I wanted to sample the other Guerlain Aqua Allegoria offerings on the shelf. I got Pamplelune (and a few others). Pamplelune is grapefruit.

What? She said it was the best seller in the group. (I'm easy)

When you look at the fragrance pyramid, you'll see that Pamplelune is grapefruit A LOT: 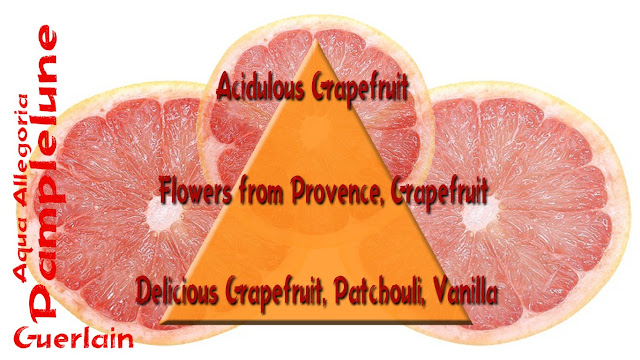 Sure, but does it have any grapefruit?
I don't want to smell like a grapefruit.

When I spritzed, I winced in some kind of protective reflex. You know what, though? It wasn't so bad. In fact, I kind of liked it.

The next day, I tried again: a nice wide spritz on one forearm, which I gently brushed against the other arm.
Not bad! In fact, kinda awesome. I can see where this would be a refreshing scent on a hot summer morning.

It's all grapefruit, for sure. Sour. Nearly tart. Not at all sweet. If there are flowers in there, they're off sulking in the corner, 'cause I don't smell them.

Like Figue-Iris, this perfume is light (though more intense than the fig). It opens brightly, then softens and pulls in closer to the body. There it stays.

The drydown on this seems shorter than Figue-Iris. I feel like there's some vetiver there, along with the vanilla and patchouli and "delicious grapefruit". The drydown leans slightly masculine, kind of cologne-y, but I don't think women should hesitate to wear it if they're into grapefruit.


It's got a lot of grapefruit.

In taking my notes, sometimes I respritz on clean skin to make sure I didn't miss anything worth mentioning. Imagine my shock when all of the sudden there was a fairly distinct sweaty armpit stink radiating from my arms! I think some of the respritz landed on the skin where I had originally sprayed and the top notes overlapped the basenotes. Well, all I can say is apparently:
Acidulous Grapefruit + Delicious Grapefruit = Body Odor.[1]


I don't want to smell like body odor. Especially on a hot Summer day!

That said, I really like this perfume! (Sick, right?) I'm going to play with my sample a bit more as the weather warms up, but I've gotta say I can see myself wearing this - but only one spritz and no reapplication! As I've said before, that's no big deal to me, because I like to change my perfume during the day. Besides, I bet this would layer well with orange and lemon scents... unless they make more BO. I'm not good at math. 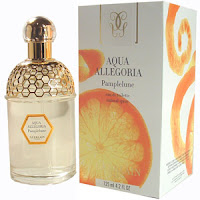 So... do you want to smell like grapefruit? Do you prefer Oreos or pamplelunes?

[1] Apparently some people also pick up the charming scent of "cat pee" from Pamplelune. Awesome.