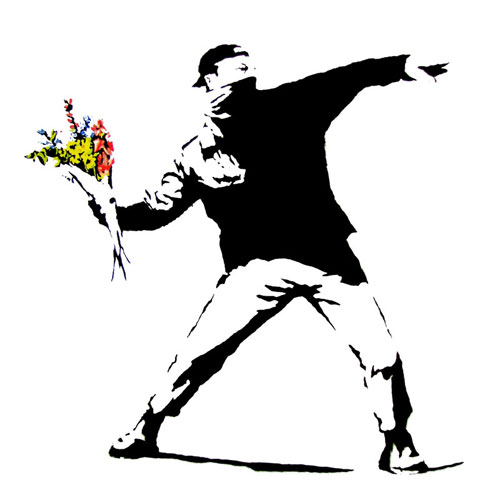 So, when someone says "Flowerbomb", what do you imagine? I picture the above Banksy image first. Or some other sort of explosion of flowers...

Am I right? I mean "flower bomb". A ton of flowers simply exploding in front of me, that's what comes to my mind.


Not Viktor and Rolf. When they think "Flowerbomb", which is the name of the design duo's first scent (released in 2004), they imagine caramel yummies.

OK, it's an easy thing for me to do, too. Mention almost anything and I can Six-Degrees-of-Kevin-Bacon-it to dessert, too. But if I were to make a sugar-sweet perfume, I'd call it like it is!

At any rate, Flowerbomb smells to me a lot like crème brûlée sitting next to a vase of flowers - but the dessert is closer to my nose and the flowers are on the other side of the table.

The crusty melted caramel facet is delicious (I mean...duh!). The florals are not overtly distinct to my nose. Definitely floral, but I can't so much pick out the different flowers, and I don't want to. The mid-point to drydown is my favorite part, which is a lovely floral patchouli on me.

This perfume is strong and lasts quite awhile. I can see where it could be polarizing! A bold gourmand scent with a misleading name... er, not the smartest move. But what do I know?! It's been selling well for 7 years!

A little insight: the juice for this perfume was created by IFF as an option for another brief. When Viktor & Rolf needed a perfume, this one was submitted. The designers named it (it corresponded with their collection of the same name, Spring/Summer '05) and designed the bottle.1

If it sounds like your kinda thing, I will warn you: it's on the pricier side of the department store shelves. One of the pretty hand grenade-shaped bottles of pink juice costs about $100 for 1.7oz. Sephora sells a rollerball for $25 and a "petite" .68oz for $50. There's also a 1oz for $75 and a few body products if you like to layer your caramelized flowers. I will caution you: a little seems to go a long way!

In my opinion, if you're into gourmands and florals, this is a must-try.

Now, if you'll excuse me, please, I've gotta go. I need to go get something sweet to eat! 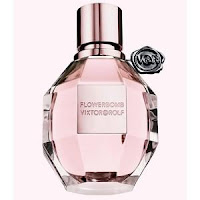 Oh, by the way, aren't the Flowerbomb visuals spectacular?! 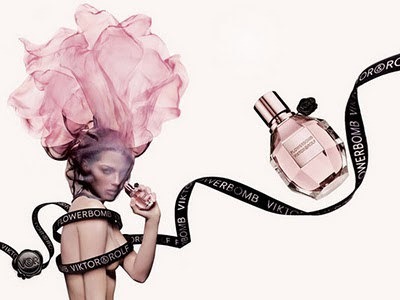 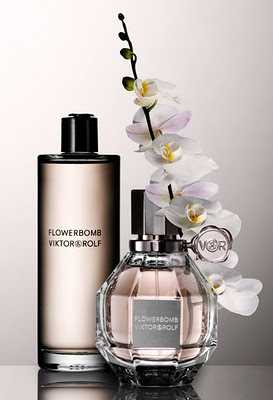 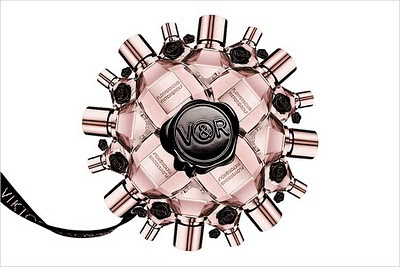 And one last floral bomb that really bombs...