The next step... What is Perfume, anyway?

I have to confess: I've been stuck here for a few days. This next step is maybe the hardest: Where to go from here?

I could start talking about the classics. I could share with you my favorite fragrances and find out about yours. We could learn some more vocabulary/jargon. I think, though, the right next step is to make sure we're on the same page with some perfume basics. There are tons of resources "out there", some of which I'll quote or refer to, since they are written by folks much more qualified to explain them than I. But I do feel like I need to provide some sort of starting place; a common ground.

After this, I'll build some resource lists and pages for this site before taking the next, next step. If you have resources and links to share, please do!

Silly question, right? But maybe not so silly, because how can we really talk about something, become knowledgeable about it, without learning the details? Or at least that's the way I look at it.


perfume is...
Fragrance is made up of perfume oils and... stuff. Usually, that stuff is either ethanol (alcohol) or a solution of water and ethanol. One can also dilute pure perfume oils in other oils that don't add to the scent. You're familiar with the concept of mixing, right? Well, just as when mixing a color of paint, a cocktail, or ingredients for a recipe, the amounts of this and that used directly impact the end result. That's where some of the names used to describe concentrations of fragrance come in.

Here are the most commonly used names for fragrance concentrations, from lightest (least amount of perfume oils) to strongest: 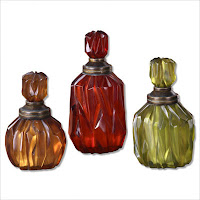 So what's the deal? Why so many ways to brew fragrance? That answer is easy: each concentration results in a different intensity of scent. Also, usually one can expect the stronger concentrations to last longer on the skin.

Of course, you've likely noticed that there's overlap with the descriptions and concentrations. One EdT is not the same as the next, just like your spaghetti sauce isn't the same as mine. EdT A may have 8% perfume oils while EdT B may have 12%.  Oh, and to make matters worse, some companies put different ingredients in the various concentrations of the same scent! So just because you want "more oomph" from a fragrance you adore in EdP form doesn't mean you'll love the extrait.

By the way, since "perfume" is really the name of a type of fragrance product; a term to signify a concentration of scent, to keep things simple I'll usually refer to fragrance products as "fragrance". When I say "perfume" going forward, it will mean The Good Stuff: extrait.

so where do the perfume oils come from?

This is super complex, and while I may go more in-depth with it at a later date, I want to touch on it now, a tiny little bit. Luckily, I'm no chemist, so this shouldn't get too hairy.


Two sources of scent...
Basically, there are two types of "odorants" that go into fragrances: natural and synthetic. Neither is better or worse, and most fragrances have some of each inside.

Synthetic scents are manufactured in a lab, as you may have guessed. Why? Well, some ingredients are so expensive or hard-to-find as natural ingredients, so a more affordable synthetic version is created. In other cases, there is no real way to capture and bottle a scent, like the crackling ozone of a lightening storm or the scent of beach air. Still other synthetics replace naturals that are not terribly earth- or animal-friendly, for example ambergris, which is a natural by product of sperm whale digestion (humanely harvested...usually, but hard-to-find), or various musks (which must be extracted from animals).

Synthetics get a bit of a bad rap. While many synthetic replacements are widely considered by fragrance fanatics to lessen a vintage scent after reformulation  (a whole can of worms I'll open at another time), they do have their place elsewhere, in my opinion.

Natural ingredients come from the source material...somehow. Heat, solvents, and other processes are used to extract oils ("essential oils"), absolutes, concretes or butters from the source. Solvents can be used in a process called "maceration" to create concretes. The source, usually a wood or dry plant fiber, is submerged in a solvent for a length of time (which varies). The solvent then leaches the scent out of the source and can be used or further processed. Other raw materials, like soft flowers, are heated (directly, with steam, or with machinery) until condensation is created, then collected. Still other raw materials get a big squeeze!!! By compressing or squeezing materials like citrus peels, their oils can be obtained. Then there's enfleurage. A fancy name for letting fat or wax suck up the scent of the raw materials, though this method isn't used so much nowadays. (um...good?)

Natural ingredients can be pretty expensive, which is passed along to the consumer in the final fragrance price. Don't be fooled, though! Some synthetics are mighty pricey, too.


so how does it all pull together?
A perfumer usually starts with a concept, and that concept may come from the perfumer or a corporation. He or she will use anywhere from one (rarely) to a bajillion (also rare) ingredients to create a fragrance. The main scent is built, then modified (brightened, made deeper, etc). Other ingredients may be added to make it smoother or "more flowy" (a technical term... not). Fixitives are added to stabilize the scent and give it a base. Then the alcohol and/or alcohol solution gets mixed in.

The array of ingredients in a perfumer's aresnal is usually set up in a semi-circle and referred to as a "perfumer's organ".

building a fragrance
Many consumers have heard of "perfume notes". This is a way of talking about how a scent presents itself. They are often displayed in the form of a pyramid. The notes are top notes, middle or heart notes, and base notes. Essentially, they exist because different molecules evaporate at different rates - and evaporation is how the molecules make it to our noses to be smelled. 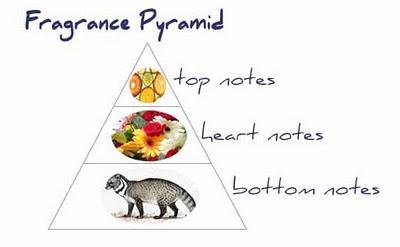 A note on notes: when you see a list of notes for a fragrance, don't focus on them too closely. Listed notes are best thought of as a guide, not a final answer. Some notes might not be listed, might be a generic term (like "lilac" may be an accord of ingredients that mimic the scent of lilac or two lilac ingredients, one natural one synthetic). There's a great article here I encourage you to read that explains more about this.

The middle and base notes are really what makes the bulk of the scent, since the top notes are fleeting.

classifying fragrances
There are more ways to talk about fragrances. Many people refer to fragrance "families". These are broad classifications for scents. To complicate things, there are two or three ways to look at these fragrance types.

Whew. That's a whole lot of info, isn't it? I'm exhausted. Time to go spritz myself with something good-smelling. :)


and the next, next step?
What is that next step (after this one), you may be wondering? Our first review! Suggestions for scents to go up on the block are encouraged. I've got a small aresenal at hand, but it's a good one. :)
4 comments: 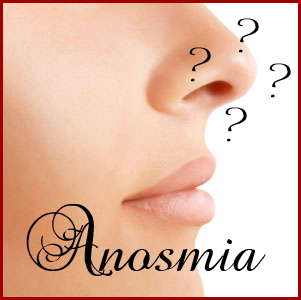 Anosmia.
It's pronounced like this: an-ohz-me-ah.
It means the inability to smell.
Editor's note: This is kind of a weird place to start, but I think in the end it will make sense. I think.


It's a fascinating concept, isn't it? Anosmia impacts about 14 million Americans, to some degree or another. Bill Pullman, Stevie Wonder and Michael Hutchence (INXS, anyone?) were anosmic. Apparently, most people with the disorder can still distinguish between salty, sour, sweet and bitter, but since smell impacts taste so much, anosmiacs (?) can't pick up the nuances of taste.

One can be anosmic from birth, or lose all or some of the ability to smell through disease or trauma or even temporarily, like with a cold.

I bring this whole thing up because I believe I am fairly anosmic. Weird to develop an interest in fragrance, huh? Well, I have noticed my sense of smell is... "quirky". Yeah, let's go with that. I am fairly immune to some scents. For example, I have a hard time smelling a dirty litterbox. Yeah, that one comes in handy! I also wonder if my tolerance of odd smells  - like skunk! - is because I'm anosmic to some of the nuances of that musk?

That's right - one may not experience the same scent the way another person might. The senses are subjective, sure, but it may be more involved than that! If you and I see differently (you need glasses, I don't), and I don't hear as well as you do (what?), it's logical to assume we don't perceive odors the same way.

When reading about perfumes, I occasionally see someone's reference to being anosmic to certain notes. I think it's so neat to realize that what one person senses one way, another may experience completely differently. When we say to take a fragrance review with a grain of salt, it's really good advice! Maybe this is why some scents like Thierry Mugler's notorious scent, Angel, create such extreme reactions? Maybe some of us are anosmic to something in  it, or others are picking up nuances the rest of us can't sense, sort of like a dog barking at a high-pitched whistle that a human simply can't hear.

I am intrigued by this thought and hope to find out how much of these variations are from natural differences (including the inability to smell certain odors) and how much is nurtured (simply paying varying degrees of attention to scent). I just read a fascinating snippet in which Erwin Creed describes how his grandmother taught him to notice scents as a child. Granted, as he is in the seventh generation of a perfuming legacy, it can be argued that he also won the genetic olfactory lottery!

So, can my nose be trained? And how much is my particular brand of anosmia going to impact my scentual explorations? I what do you think? Do you suspect you are anosmic to certain odors or notes? 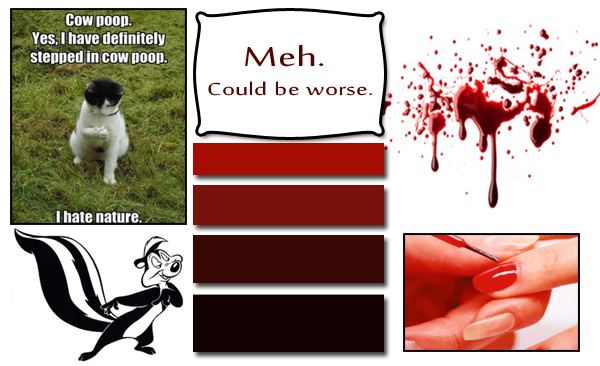 How odd is it that these scents don't bother me?

Are there any scents you're surprised to admit you don't mind (or even like)?
2 comments: