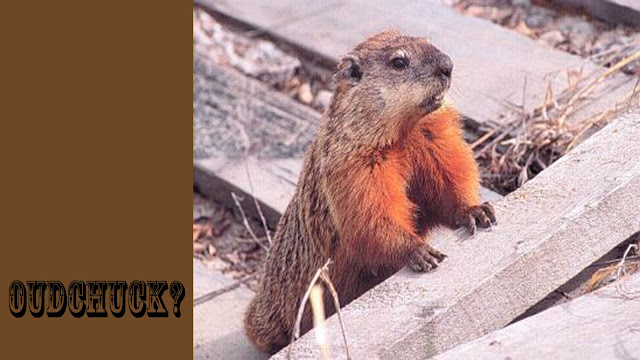 How much oud could a oudchuck chuck...?
A helluva lot, if you look at today's perfume market! Everyone seems to be putting out a oud scent, which makes it a trend, which makes me curious:

What exactly is oud, anyway? 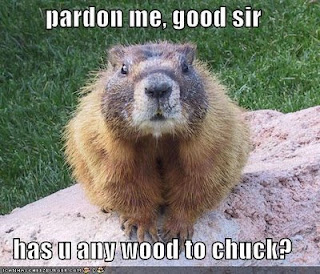 Since This Blog Really Stinks is about down-to-earth, open-minded exploration of perfume, I'm gonna break down the oud trend in basic terms that even I can understand.

Oud (or aoud 1) is a resin made from moldy wood. No, really. And that's far from the weirdest origin of a perfume ingredient, so don't get your knickers in a bunch - I'll twist 'em for you when we start talking about musk!

The resin is formed in the tree (specific evergreens, for the record 2) as a defensive reaction to the mold. The resin has been used for its distinctive odor since at least the 3rd century in Vietnam, according to some sources.

Naturally, modern man has gone completely overboard. Since agarwood is found in only a small portion of trees, people started purposefully infecting trees with the mold. Oud is big business, which means big money! So now we've overharvested the trees and some of the trees are at risk for extinction, and now they are protected. A few sources I encountered imply that much of the oud being used now was poached, but I don't know about that. There are multiple new-ish organic agarwood farms, apparently, attempting to rebuild the population. Regardless, the cost of oud is steep.

What does oud smell like? Woody, sweet, balsamic, rich, sharp, sometimes even smelling like incense or tobacco. Naturally, the quality of the oud oil impacts the scent, with more expensive versions (derived from golden resins) being more complex and smoother.

This is a unique note, at least to my nose, and I'm actually kind of surprised it's a new trend! I've only smelled three oud scents, with one being way too sharp and astringent to wear, one I'm not so sure about, and one I kind of like but only in certain days. Oud has a way of kicking me in the back of the throat, and pardon me for not heing used to it yet! ;)

So... Do you wear oud? What do you have to add to this basic little primer on oud? Which are the best? What kicks you in the throat?!


[1] You may also see oud called agarwood, aloeswood, eagleswood, jinko, gaharu, or oodh. It apparently is the item referred to as "aloe" in the Bible.
[2] Aquilaria and Gyrinops