Spritz Me With Mexican Chocolate! 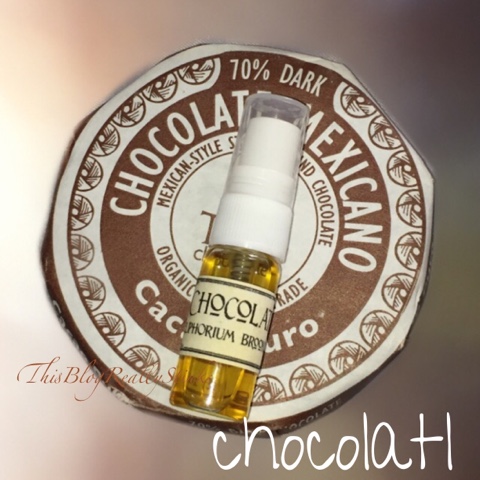 Chocolatl, by Euphorium Brooklyn, was a scent that had me pacing back and forth by the mailbox while I waited for the sample to come for me to review.

I'm a little obsessed with all things Mexican and that most certainly includes champurrado, or "Mexican hot chocolate," something I was particularly craving at the time I found out about this scent and learned I was getting a sample of this new release.

Chocolate originated in Mexico, originally called xocoatl, an Aztec word, which was originally a bitter (not sugary sweet!) drink made from cocoa beans. (I used to make chocolate - I have weird chocolate knowledge.)

When I was in Oaxaca, I eschewed morning coffee for the delicious champurrado each morning, hand mixed with a special wooden whisk (I own one) to create a fabulous blend of spices and chocolate that ended up oddly gritty and thickly foamy. I highly recommend it.

Anyway, that craving was running high and I was drinking my own sub-par homemade version (I can't get it thick enough!), when this sample landed.

Here's what we are expecting, according to the website:

Translations: piloncillo is a cone-shaped sugar kind of like brown sugar; tzapotl fruit is the name for something also called "chocolate pudding fruit."

I'd say Euphorium Brooklyn satisfied their brief well. This is a definite dark chocolate scent through most of the development. Not sweet (though not as spicy as my drink). It's got some sweetness to it, a honeyed stickiness. Delightful. I'd say your top and heart notes are pretty much the same. Not much change there.

About two hours in, though, when we're headed to dry-down, some of what I consider Brooklyn Euphorium's signature, quirkiness, kicks in.

At first I started to get a bitter note. A green bitterness creeping in. I was put off, to be honest, as it was still lingering with the chocolate, but then as it started to truly swap itself for the heart notes and came into its own, I was won over. And mind you - this is all me sticking my nose in my wrist at several-minute intervals. Subsequent, less-attentive wearings skip the awkward teenage gangly phase because I'm not looking for it.

The drydown-proper is balsam and musk and a little raunch, without which it just wouldn't be a Brooklyn Euphorium scent. Since I'm recently a balsam/fir ho, this pleases me.

I find it interesting the choice to add Tolu Balsam, as it does keep this a little on the "odd" side. Tolu is a bit more medicinal and sharp than Peru Balsam, also used here. It's noticeable. As I said - quirky.

I'd classify this as a comfort scent times ten.  I'm truly pleased with this scent. I may splurge and buy it. 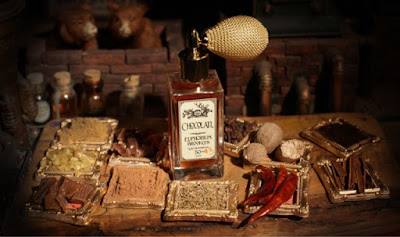 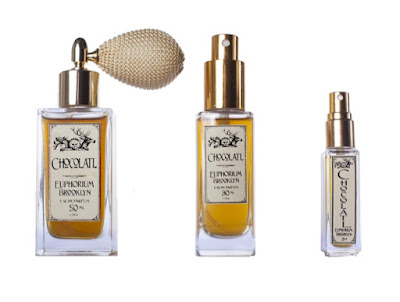 To be released in December.

Disclosure: sample provided by the house for review