No? Haven't heard of it yet? It would be rude to ask if you've been living under a rock, so I won't. (but seriously?! have you been on a long vacation somewhere with no contact with the rest of the world?!)

Copper Skies is the sophomore effort from You Tube Perfume Pundit-Turned-Perfumer John Pegg, AKA Kerosene Trewthe. It was released this year with another scent, Creature, in Pegg's line of hand-blended scents. The line's name is, naturally, Kerosene.

I have in my possession samples of the first Kerosene scent, R'Oud Elements, and I love it. It will be reviewed here sooner than later. But I had to jump directly to Copper Skies because - well, because it's perfection.

"I'm a simple person, but my scents won't be."
-Kerosene Trewthe 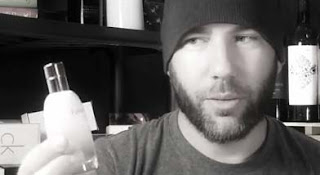 Background for those of you who don't already know:
Kerosene Trewthe has been reviewing perfumes on YouTube for awhile now. He's got a loyal following of people addicted to his soft-spoken, intelligent reviews. They may also tune in to see which hat he's wearing that day. I enjoy his sense of humor which is, again, intelligent. John is not in-your-face with anything, but is entertaining and informative nonetheless. I enjoy his deadpan delivery when he tosses out the occasional sarcastic comment or witty thought. He's not hard on the eyes, either, amiright?

Since he hails from just North of the Motor City, John is surrounded by the automotive industry. He describes his experiences working on motorcycles as the origin of his online moniker - and now brand name:

"As I worked, I loved the scent of dirt, grease, oil and sometimes blood from a busted knuckle. I've always been captivated by scents; gasoline, stamped steel, warm oil, and eventually a name was forged, Kerosene."
Even the most passionate perfume lover can sometimes grow restless, and John (and his nose) did. What's a guy to do but create his own scents? An indie perfumer was born. Sure, it sounds easy when I say it like that, but it's quite clear that there's a lot of hard work, creativity, natural talent, and passion involved in the whole thing. John has currently released three scents and is about to release a fourth! I happen to know he's got several more in the works, and at least one or two of them are "feminines".

Kerosene fragrances are quickly making their mark in the fragrance world. With no training, John has single-handedly wowed fragrance lovers not just once but all three times he's released a scent. That's an amazing track record! At about the time Creature and Copper Skies were released, the Kerosene line was picked up by upscale fragrance boutique MiN New York, which also carries heavy-hitters like Andy Tauer*, L'Artisan Parfumeur,  Etat Libre d'Orange, Montale, Kilian, Keiko Mecheri, and Xerjoff. Speaking of Andy Tauer, he and John made an appearance recently at MiN at a "meet the perfumers" type gathering. They seemed to get along famously. Keep your eyes peeled in the Fall - I heard from a little birdie that John will be back in NY!
*Beware, Andy Tauer! By all accounts, John is a challenger
to your "World's Nicest and Most Modest Perfumer" reputation,
though I'm sure you'll both gladly share the title.

I have smooth ambers, warm ambers, dirty ambers, herbal ambers, and silky ambers in my collection. What I had no idea I needed was a spicy amber. But now I have the perfect scent to enter into that empty slot I never knew I had.


Copper Skies is exactly how amber should be.
Sweet, but not overly.
Rich, but not headache inducing.
This fragrance is smooth, slightly smokey,
earthy and delectable.

The description above, borrowed from MiN NY, is close to perfect. I would add "spicy" to it, but otherwise it's right on the money. Cooper Skies is a beautifully-blended swirl of sugar, spice, and everything nice. However, it's probably most aptly described as a masculine-leaning unisex scent.
Notes
Amber, Cedar, Sweet tobacco leaves, Honeycomb, Basil and Cloves

About the bottle
In John's own words:
"Each bottle will be unique, always painted with high quality automotive paint and clearcoat.'

The bottle, glass coated with copper paint, is capped with burlap wrapped in copper wire. There's a hand-stamped copper metal label on the front. All of this is currently produced by hand, by John.
But back to my impressions of Copper Skies...
This scent opens strong and sweet. And spicy. I think I mentioned that already? But it's worth mentioning again. There's a nearly peppery feeling in the top and, actually, through much of the heart of this perfume. I almost want to name it "cinnamon" but that may give the impression that it's sweeter than it really is.
This is a beautiful amber, from head to toe. When the scent is first sprayed, you know it's an amber, and that remains clear until the last little bits fade from your skin. That fading, by the way, takes eons. This scent has impressive projection and lasting power. This is no wimpy 'fume, folks.
Toward the beginning of Copper Skies' development, there's an herbal nuance folded into the spices. Cloves and basil aren't easy to pick out, as well-blended as they are here, but they add beautifully to the mix. This stage also carries a beautiful tobacco note that I just can't get enough of. I was at first intimidated by those notes, since tobacco and I have a sketchy history. Me no likey ashtray! But I have recently learned that a well-done tobacco note is a thing to admire and appreciate. This one is better than well-done. It's slightly sweet and a little bit grassy, and I can't imagine Copper Skies working well without it.
I'm sure there's some labdanum in Copper Skies - it's one of the go-to notes for amber perfumes. That said, this perfume is not soft, warm and fuzzy. That doesn't mean it's not beautiful and it doesn't mean I wouldn't snuggle right up next to someone wearing it (it has fast become one of my favorite comfort scents, in fact) but there's a strength and spine in Copper Skies that is not found in some labdanum-heavy ambers. I love the image above right - the bridge in the setting sun. I think it perfectly demonstrates the warmth and glow of Copper Skies while also depicting the industrial edge this scent has.
Amber fiend that I am, I will probably wear Copper Skies in all but the most humid weather, but it really sings in cool air. I imagine you're going to need to rip it out of my hands, come Fall.
Final thoughts...
I have to say, I'm really impressed with the whole Kerosene brand. In the spirit of full disclosure, John and his beautiful girlfriend are part of a group of fragrance fiends I consider family - my PLP family***. But even if that weren't the case, I'd still be impressed. From the way John has developed such well-crafted scents, to the clever bottle concept, all the way to the professional but hands-on way he's promoting the brand, well - what's not to like? 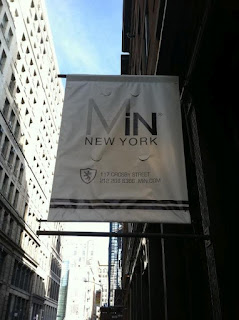 Be sure to take advantage of their Concierge Service to try out Kerosene's scents.

MiN staff are incredibly knowledgeable, passionate, and helpful people I've encountered in recent customer service history. If you're in the area, make sure you stop in and say hi. I heard the couch is really, really comfortable. ;)    (Yes, they're part of my PLP family, too!)

Here is a little bit about both Copper Skies and Creature in John's own words, in his own format:

**The bottle images above are appearing here for the first time. John shared them with me just today. They're "the new, new bottles".  That sounds redundant, but it's not: he's tweaked the new design a bit and this is the latest version.
***Carlos, I told you I'd get PLP into one of these reviews!  ;) 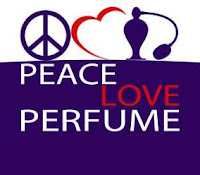