Happy Earth Day, you dirty hippie! (A discourse on patchouli)

It's Earth Day! I thought it would be a great day to talk about a nice earthy perfume ingredient. I hope you enjoy reading it. Happy Earth Day! 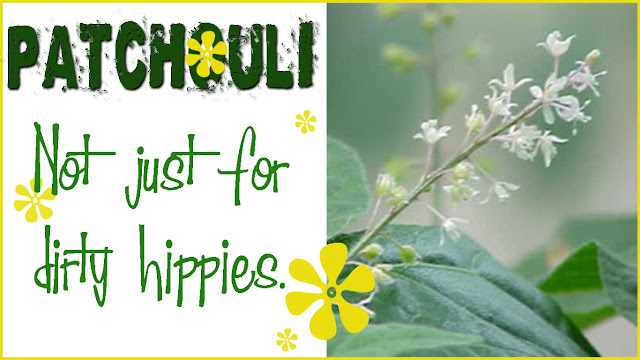 Patchouli.
What do you think of when I say the word?

For years and years, when I heard the word "patchouli" I would cringe. If you asked me, it was one of the worst scents I'd ever encountered, second only to (and in my mind not dissimilar to) the smell of something wet and rotting.

My experiences with this stench went pretty much like you'd expect: I smelled it on hippie wannabes and in New Age shops.

I studied Fine Arts in college. I'm fairly certain part of the curriculum was donning long skirts and bell-laden anklets and listening to The Grateful Dead. I'm not sure that was in the course book, but I can't say with certainty because those years are kinda foggy.

Yes, I saw Jerry perform. Several times. What an experience Dead shows were! I almost preferred to go hang out in the parking lot to actually going into the arena. In part, this was because the real fun happened out there in the lot: people watching, shopping, meeting interesting characters, watching people dance with ribbons or fire, the friendlines and warm feelings... Definitely worth the price of getting onto the grounds with no ticket! Besides, by the time I got to Jerry he was forgetting his own lyrics. The songs were no longer nearly-endless due to the band blissfully losing themselves in the rhythm. Rather, Jerry and the boys seemed to get stuck in a song with no idea how to get out, like a needle in a record groove. 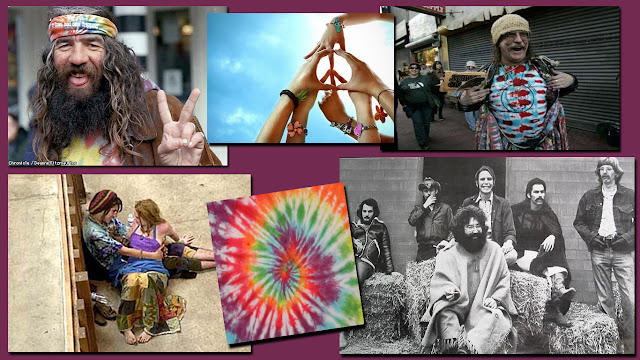 This aimlessness that seemed to only suit those who tripped their way into the show simply wasn't my thing. As sad as the decay of a once strong band was to me, worse was the stench of rumpled tie-dyed shirts as they ambled past. Each time one of those long-haired and vacant-eyed girls would spin, she'd kick up a cloud of rank and oily nastiness. I imagined the reason most of them twirled with their eyes shut was to stop them from tearing at their own stink.


To me, this was patchouli. Oily, high-pitched, shrill, and not smelling like any natural thing I'd ever smelled. This patchouli lay restlessly over unwashed skin, co-mingled with goodness-knows-what kind of cheap, synthetic musk oils, and rose in clouds that merged with cheap pot and incense sticks.


Patchouli. I wasn't a fan.


I seem to be rambling worse than Jerry in 1991, so let's flip the calendar a few years. Setting: 2008. I'm just starting to get "into" perfumes. Not a full-fledged perfumista yet, but writing a beauty blog has exposed me to new fragrances. The power of Google enabled me to quickly learn more about these pretty bottles coming my way.

I also searched for the notes on favorite perfumes I'd worn in the past. Imagine my surprise when a certain note kept coming up! What grounded the fruity blast of Belle en Rykiel (Sonia Rykiel), the peachy florals in Chinatown (Bond No. 9), the fresh explosion of my longtime love Colors de Benetton? Patchouli. What resided in the base of the oh-so-swoonworthy cologne wafting from most guys I knew in high school (I'm talking about Drakkar Noir, of course)? Patchouli.

In fact, patchouli is in quite a few perfumes. As in, a zillion. Many. Maybe even most! It's an essential piece of the chypre formula. It's in many perfumes in the oriental family of scents. It's earthy qualities pair well with florals and add a solid counterpoint to sweet scents.

Patchouli is an herb. A mint. The bush grows to two or three feet tall and sports small light pink blooms. Native to Asia, it's now cultivated in China, Indonesia, India, the Philippines, Vietnam and West Africa.

Patchouli, or "patch" as it's sometimes fondly called, was used long ago as a moth and bug repellant, tucked in-between cloth exported from India. In aromatherapy, it's used for balancing, mind clarification, and as an antidepressant. It may perform as an antifungal, cell rejuvenator, antiseptic, appetite-suppressant, and headache reliever.

Patchouli oil is extracted by steam distillation from either the dry leaves or from fresh. As the oil ages, it mellows and becomes more rounded, smoother. The scent profile for patchouli has been described beautifully on the blog Perfume by Nature, so I'll share it with you here:


Dark woody, sweet amber, earthy, musty with a touch of fruit and spice  (lighter in iron free version). Aged Patchouli is softer than fresh, which can have a sharp, biting by note to it.

So, what this all boils down to is an imense eye-opener for me! Patchouli doesn't have to evoke sweaty, bearded men who slather the oil into their dreadlocks. It doesn't belong only to those channeling the 60's or dancing under the influence of LSD dreams.

Flip the calender a few mote times and patchouli is present in my perfume collection in a prominent way.

My next bottle purchase will be Calamity J, a smooth patchouli + iris, amber, musk, and "vanilla infusion" by Juliette Has a Gun. I've torn through 3 samples and it's still bewitching me; I use it to de-stress and relax. I also adore patchouli in Chinatown, which is going to show up in my house as a bottle once my seemingly endless stash of Bond's "bonbon" samples is gone.

Similarly, I'm repeatedly reaching for my vials of a few others:

Am I showing too much New Age-y touchy feeliness when I say that a well-executed perfume with a creamy, aged patchouli really speaks to me? Am I a having a flashback when I nuzzle my wrist to get another sniff of an earthy, clod-of-dirt-bearing patch? Is it the munchies making me crave more of patchouli's chocolatey facet? I don't know the answer, but as long as the patchouli isn't that cheap crap that I remember (and can still be found in some New Age or "health food" shops), well, sign me up! I dream of trying an aged patchouli oil.

Jerry Garcia has moved on to the great big gig in the sky, and I'm long past my flirtation with the hippie way of life. What I have now, though, is an affinity for deep, earthy scents; mellow music; tie-dye; and long-winded rambling. And, apparently, patchouli.

Email ThisBlogThis!Share to TwitterShare to FacebookShare to Pinterest
Labels: patchouli