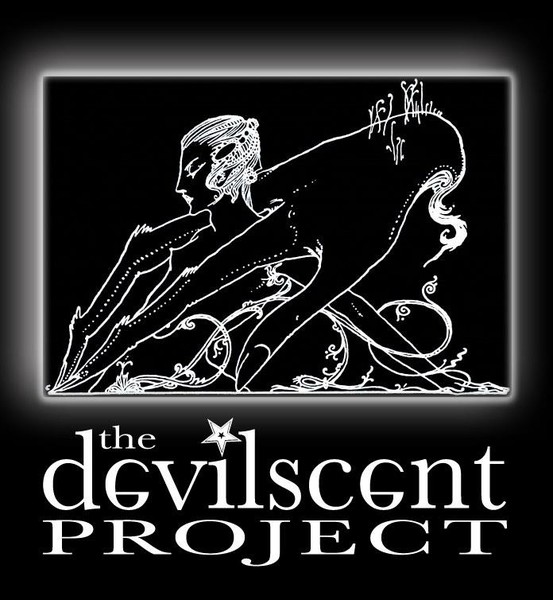 What if all those rock’n'roll clichés were true?
What if Faust were a woman in her forties with nothing to lose?
What if God and the Devil, Heaven and Hell
were very different from what we’ve always thought?


It's time for another project introduction. This one is radically different from the Primordial Scents project unveiled the other day, though. Where that project is uplifting and expansive and seeks to shine forth the light, this one digs into the darkest dark. Where that one is about love, this one... well, it's also about love.

Today, I want to introduce you to the devil himself!

Our devil or, as we'll be calling him going forward, Dev, is one of the unlikely heroes in a book written by my friend Sheila Eggenberger, aka Tarleisio of The Alembicated Genie. A perfume lover, Sheila has folded scent into her brilliant yet-to-be-published novel, Quantum Demonology.

In the book, we join our unnamed protagonist on the cusp of making a deal with Dev, à la Faust. We watch as their relationship develops, as Dev's estranged wife Lilith gets murderously jealous, and as our heroine navigates the waters of love, passion, dreams, friendship, fear, nightmares, literary agents, middle age, promises, rewards, and heavy metal music. She travels between Copenhagen & New York, Heaven & Hell, the last two quite literally. She meets St Peter, God, and a cast of characters from both the heavenly realm and the underworld - and I'm not just talking about Denmark's metal clubs. One thing some of these otherworldly characters have in common is the curious habit of resembling infamous Primal Forces of rock (coming to a concert hall near you?).

I am supremely confident that Quantum Demonology will find a publisher, but meanwhile we can be entertained by a perfume project built around the book. Clever, right?!

Create a scent for Dev. And maybe one for Lilith.
That's the challenge issued to perfumers Ellen Covey ("Doc Elly") of Olympic Orchids, Kedra Hart of Opus Oils, Neil Morris of Neil Morris Fragrances, Amandal Feeley of Escentual Alchemy, Alexis Karl of Scents by Alexis and Cherry Bomb Killer Perfumes, and Maria McElroy of Aroma M and Cherry Bomb Killer Perfumes. Katlyn Breene of Mermade Magickal Arts has also contributed an incense based on Dev. How fitting! And Monica Miller of  Perfume Pharmer has created a perfumed massage bar.

Through the book, we know sort of how these characters smell (and we get glimpses into the protagonist's perfume wardrobe throughout the story). Through this project we get to experience them in person, as viewed through the creative minds of these incredible perfumers. What a treat for perfume fans who love to read! It has made me wish I could smell scents based on a lot of other books. Wouldn't that be cool? But for now, we focus on Quantum Demonology, the Devil, and his bitch of a wife.

Take a look at the brief Sheila -or Dev?!- created for the contributing perfumers (emphasis mine): 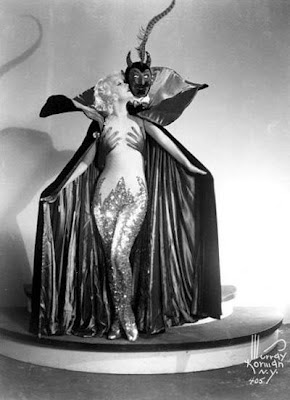 Something subversive, which makes it seductive and alluring, almost by default. What is the ultimate human taboo in terms of scent? It’s your ultimate dirty secret, the very secret you use your perfumes to conceal and hide or on the other hand, accentuate:You’re animals underneath it all. With animal appetites, animal urges you try to ignore, suppress, hide and deny at your peril. Or animal appetites you want to advertise, just not in so many words. The very kind I embody, or so you think. What would I be as a human animal? I’m the Devil, so they’ve said. Neither animal nor human but a combination of both, just enough of each of them to be dangerous, and that’s the whole idea. Danger. I want her to be able to know exactly who I am by her sense of smell alone.

So – the perfume. Now, I love frankincense, I love it for that sense of sanctity it implies, for that mood of contemplation it creates. I love it because it’s outside of time, just like me. Boswellia neglecta, and a touch of Boswellia serrata, too, and labdanum. Labdanum is a note she loves, labdanum is animal and sexy and slightly goatish. Perfect. She loves galbanum and cinnamon leaf. Castoreum? Civet? Civet is sweeter and sexier than musk I’ve always thought, but that’s your business, to think this out for me. Dangerous, remember? This is part of my bait, the part of my bait that I hope she bites. I have a feeling that she will surprise me, and trust me, not too much does any more.

I want you, my chosen perfumers, to surprise me. Think dark, think sacred, think bitter, think…just the slightest bit overpowering, the kind that breaks down resistance. The kind that will make her take the bait. I told you. I want her to say ‘yes’. I want you to create a perfume for me that makes sure she does. Are you up to that challenge? Do you think you can do it? Do you think you can surprise me, too?

I’ll be in touch later. Let me see if you can do it. I think you might. I like surprises. They come with the job description!


So, what do you think? What would Dev smell like? And what would his bitter wife, Queen of the Succubi, wear?

Tomorrow, I'll be introducing you to some scents from this project. Meanwhile, here are some resources for your perusal since I know you're devilishly curious about Quantum Demonology, aren't you?


You can also visit these bloggers to see their coverage of the project: